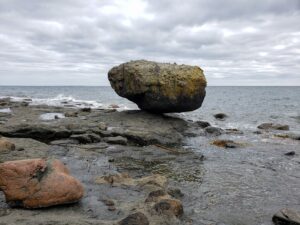 Eighteen years ago I began Taoist Tai Chi® practice with the goal of improving my physical well being. Tai chi was recommended to me as an exercise I could attempt even though I was extremely ill with a progressive liver disease and the many associated symptoms caused by a failing liver. I had no idea that Taoist Tai Chi® arts were so much more than a workout and would result in a more balanced quality of life. The first session was very difficult, and it felt overwhelming trying to move along with others. I was exhausted!

During the first two years many of my health conditions began to improve, and I was becoming aware of how mental and spiritual health is part of the Fung Loy Kok® path. Following Mr. Moy’s teachings I became more calm and less anxious. Eventually, although still very fatigued, I felt a tiny spark of energy deep inside. This was the turning point when I realized my this practice would continue to bring balance and benefits to all aspects of my life. After that I experienced profound health improvements which continue to this day.