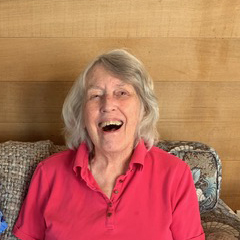 Losing brain function is not just about disease and decline, it’s about a person. Worldwide, at least 44 million people are living with some form of dementia. Alzheimer’s brings loss of memory, and other aspects of cognitive function that are profoundly life changing. Fortunately, research shows that being physically active can reduce the risk, or slow the progression of dementia, and the scientific evidence about the positive effects of a regular Tai Chi practice on cognitive function is growing. Recent systematic reviews affirm its potential to improve short term cognitive abilities in the elderly at the onset of dementia.

I am in my late 60s, and I’m happier and better balanced physically and emotionally than I was when I was young. Taoist Tai Chi®️ arts increase my energy, confidence and mental clarity, and challenge my mind in a very positive way.
~ Theresa

While I am very grateful for the improved physical health Taoist Tai Chi®️ practice has offered, it is the mental peace, calm, equanimity that I now feel is so appreciated.  The actual functionality of my life has improved immensely – mental clarity, cheerfulness, organizational abilities, increased mental memory/ problem solving, less anxiety to none.
~ Anonymous